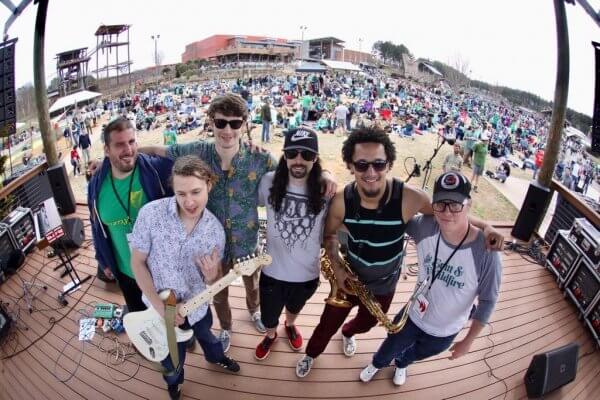 AKITA is a 6 piece funk band out of Charlotte, NC started by drummer Patrick Buckley and bassist Zak Ferrell. Once you add in saxophonist Charlie Lamprecht, trombonist Dan Hamalainen, guitarist Sam Farnham and keyboardist Tomi Gulden their sound becomes an unstoppable force of funk that you can’t help but move to.

Taking cues from legendary funk bands such as James Brown, The Meters, Lettuce, Maceo Parker, Vulfpeck, Sly & The Family Stone, George Clinton, Tower of Power and others they infuse a new twist on funk incorporating reggae and elements of funk-rock into their songs. They have curated their own party “Culture Shift” with the intention of growing their name in the local Charlotte scene and the southeast as a whole.

They have built a strong following in a relatively short period of time opening for Funk You, Litz, Red Baraat, Andy Frasco & The U.N. and others. Much of their initial traction is due to their emphasis on writing memorable melodies and deep grooves that are undeniably built to make you move! The band just released their first EP May 15th!