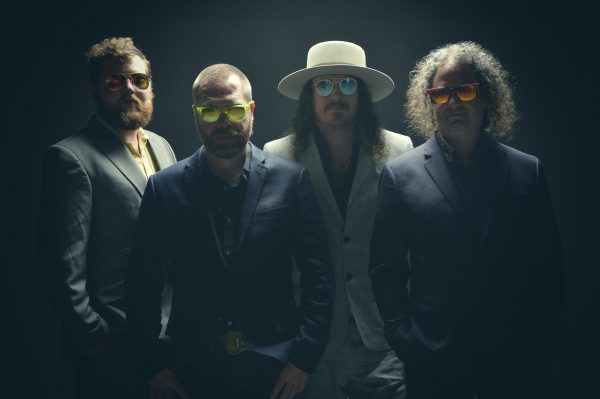 Songs From The Road Band is Mark Schimick (mandolin), Sam Wharton (guitar), James Schlender (fiddle) and Charles Humphrey III (bass).  These veteran acoustic musicians have collectively received top accolades in the bluegrass, Americana, and jazz genres. Once primarily an album recording band, Songs From The Road Band has emerged as one of the heaviest touring bands in the country since March 2018.  They are currently touring in support of their number one Americana, Bluegrass, and Classic Country chart-topping album Road To Nowhere.  They are proud to call both Asheville, NC and Nashville, TN home.

Schimick’s signature high harmonies and energetic mandolin licks have pushed him to the top of the progressive and jamgrass scene alongside legends Larry Keel, Vassar Clements, and Tony Rice.  He is one of the most exciting front men in the business.  Wharton is an award-winning singer and guitar picker who honed his chops in Telluride, CO.  Schlender, a two-time National fiddle award recipient, is one of the top five string fiddlers in the world, with a background in contest, classical, and jazz.  Humphrey, a member of the NC Music Hall of Fame and a Grammy-winning songwriter and producer, received the International Bluegrass Music Association’s entertainer of the year award in 2011.

The Road Band delivers a one-of-a-kind show, featuring original songs from their four studio albums and crowd favorites from all musical genres.  The band is known for their improvisational jams, tight three part harmonies and light show, providing an engaging, high-energy experience for audiences around the country.